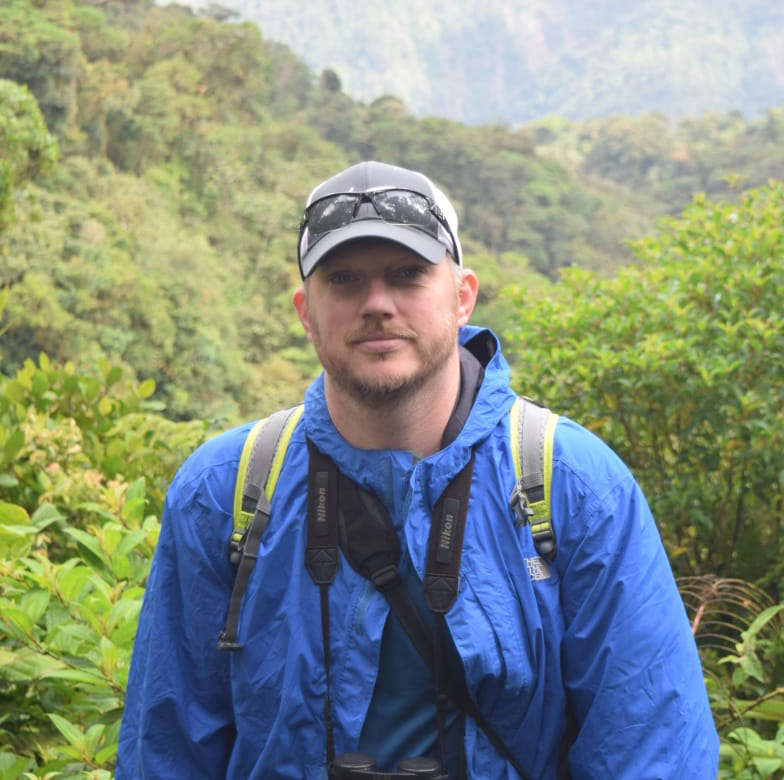 Dr Justin Boyles is an Associate Professor in the School of Biological Sciences at Southern Illinois University in the United States. He began studying hibernating bats nearly 20 years ago, first the natural history of tree-cavity and foliage-roosting species during winter, and later, the ecology and physiology of cavernicolous bats. During a post-doc in South Africa, Dr Boyles became more broadly interested in expression of the thermoregulatory phenotype across a wide diversity of mammals and birds. Now, he uses hibernating bats as a tractable model system for predicting and testing the factors that drive optimal expression of thermoregulation in endotherms. His work on hibernating bats spans the spectrum from natural history and ecology to disease biology and physiology. He has worked on thermoregulatory patterns of tree, building, and cave bats, metabolic functioning during hibernation and summer, appropriate methods for describing microclimate and torpor patterns in bats, white-nose syndrome, and theoretical treatments of optimal hibernation. 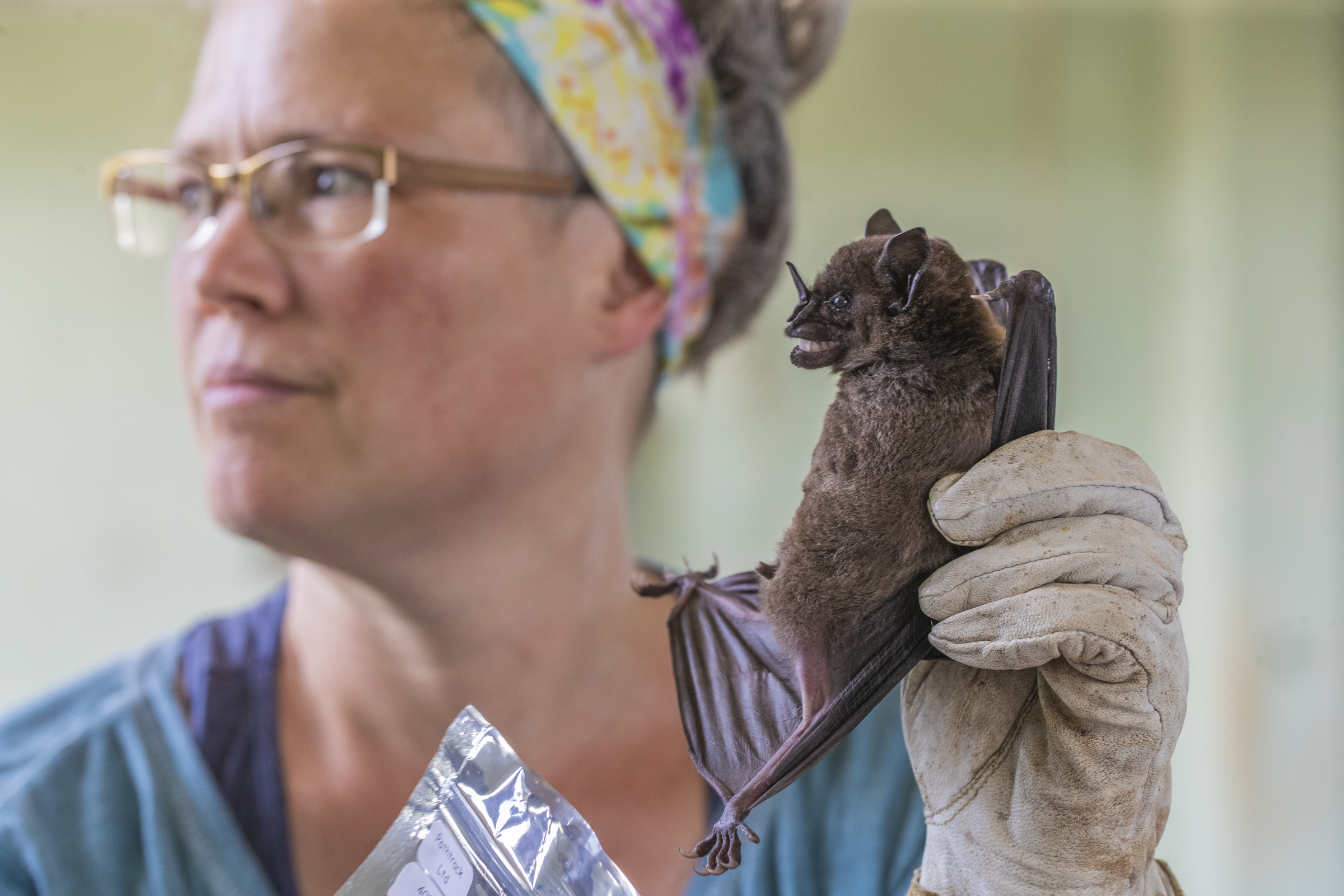 Dina Dechmann is a staff scientist at the Max Planck Institute of Animal Behavior in Southern Germany and an associate staff member at the Smithsonian Tropical Research Institute in Panama. She is interested in how the spatiotemporal distribution of resources, especially food leads to physiological, behavioural and morphological adaptations in small high-metabolic animals. Bats are a perfect model taxon for this as they have added the most expensive mode of locomotion, powered flight, to these characteristics and compensate with many, often unique strategies. After a PhD in Panama, on a bat species where the males excavate live termite nests to offer them as a warm and safe resource to the females they then mate with she was hooked on the tropics and their amazing diversity and continues to do a lot of her research there. As she is based at an institute that has made the development of new often miniaturized tracking technology their mission, she is able to address fundamental questions about the energy balance of bats and how it is linked to unpredictable resources as they face daily or seasonal fluctuations and bottlenecks in food availability by tracking the bats during daily foraging and seasonal migration. 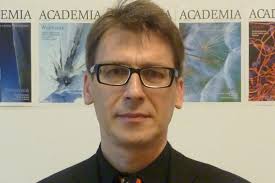 Wieslaw Bogdanowicz: From the editor’s perspective: Acta Chiropterologica and 20 years of bat research

Wieslaw Bogdanowicz is a Full Professor at the Museum and Institute of Zoology of the Polish Academy of Sciences (PAS), Warsaw, Poland. His scientific career started at the beginning of the 1980s at the Mammal Research Institute PAS in the middle of the primeval forest in Bialowieza. Initially, he was much interested in relationships between morphology (incl. geometric morphometrics), phylogeny and evolution of bats. His PhD, which was awarded by the Jagiellonian University in Cracow, focused on the morphology and taxonomy of Daubenton’s bat in Europe. His next scientific degree, habilitation, was defended at the Institute of Systematics and Evolution of Animals PAS in Cracow. It was devoted to phenetic and phylogenetic relationships in the family Rhinolophidae. Of high importance are also his studies on bat diet (incl. a metagenomic approach) and connections between skull and wing, and echolocation. He was a fellow of Fulbright (USA) and Alexander von Humboldt (Germany) Foundations. He is a winner of the Gerrit S. Miller Jr. Award (USA, 2010) “in recognition of outstanding service and contribution to the field of chiropteran biology ”. In 1999 he established Acta Chiropterologica — the only journal fully devoted to bats, which is indexed by Thomson Scientific. However, Wieslaw’s interests are very broad. He was a co-editor of The Atlas of European Mammals (Poyser, 1999) and The Polish Fauna (five volumes since 2004). Presently, his work is based mainly on genetics and genomics. He explores contemporary and ancient DNA of various organisms, including flies of forensic significance, bats (analyses of 4,300 year old guano, their diet at wind farms, family-relationships, connections between rabies and population genetics), carnivores, and humans (incl. the famous astronomer Nicolaus Copernicus). In 2019 he was elected a member of the IUCN Canid Specialist Group. 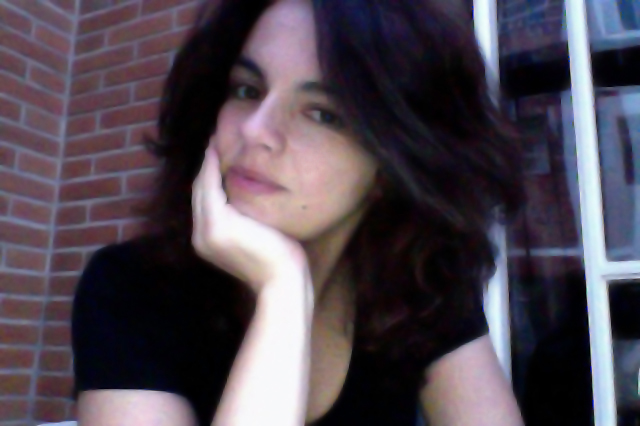 Maria João Ramos Pereira is an Assistant Professor at the Federal University of Rio Grande do Sul in Brazil. She started working with bats about 20 years ago, focusing on aspects of population ecology and genetic structure of threatened cave bats, in Southern Portugal. During her PhD, at the University of Lisbon, she investigated the factors affecting species distribution, diversity and abundance at different spatial and temporal scales in bat assemblages of the Central Amazonian forests in Brazil. At this time, she became fascinated by the Neotropical bat fauna and by the historical and contemporary processes behind their patterns of taxonomic, functional and phylogenetic diversity. During her post-doc, divided between the University of Aveiro and the University of Brasília, she focused on bat assemblage structuring in the Cerrado biodiversity hotspot and the Pantanal floodplain, and on the effect of habitat loss on the maintenance of bat biodiversity over time in these highly threatened biomes. Simultaneously, she developed a library of full-spectrum calls for bats occurring in those areas. With the collaboration of several bat researchers, this initiative has now spread to other regions of the country, and reference calls are now publicly available in repositories managed by the Brazilian Bat Research Society, of which Maria was elected Vice-President in 2019. In the last few years she has broadened her studies to other regions, including the Austral limit of the Atlantic Forest and the Pampa, the least known and protected of all Brazilian biomes. She also broadened her research towards other vertebrates, including carnivorans, marsupials, birds, amphibians and marine turtles. However, she still finds bats to be the best ecological models and her major research questions remain: Why are there so many bat species in the tropics? What is the effect of the unparalleled habitat loss and fragmentation caused by human activity on the maintenance of this amazing tropical biodiversity?